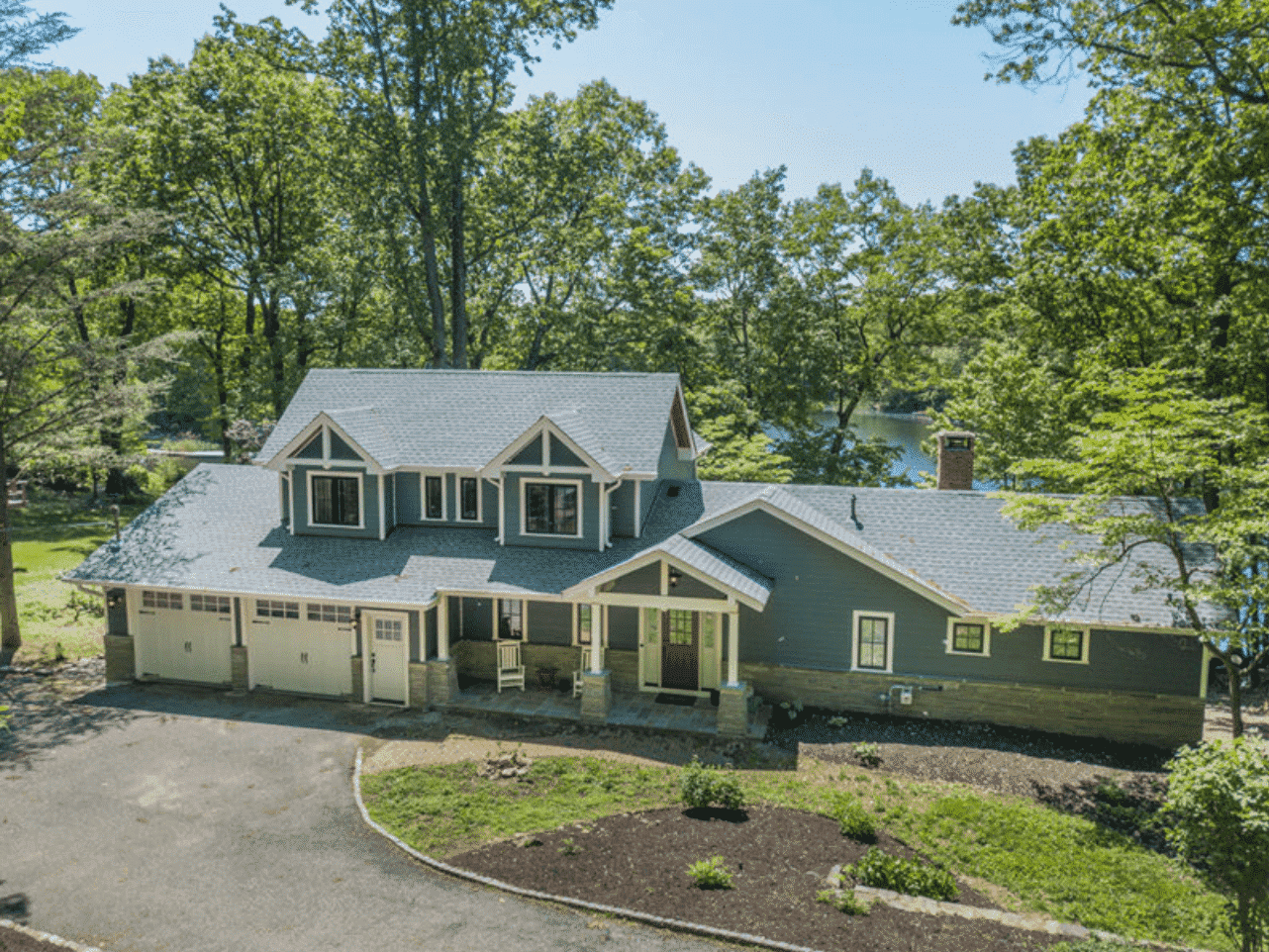 Whether you’re looking to build a new home or you’re simply an admirer of great architecture, exploring popular residential architectural styles is both fun and informative. Our team of NJ architects have been designing homes for over 20 years. From modest 3 bedroom ranches, to multimillion dollar custom mansions at the Jersey shore, we’ve designed according to many popular architectural styles. Getting that “wow” factor for your home on budget – this is what our team does best.

With that said, our team has reviewed some of the most popular residential architectural styles and what makes them unique. 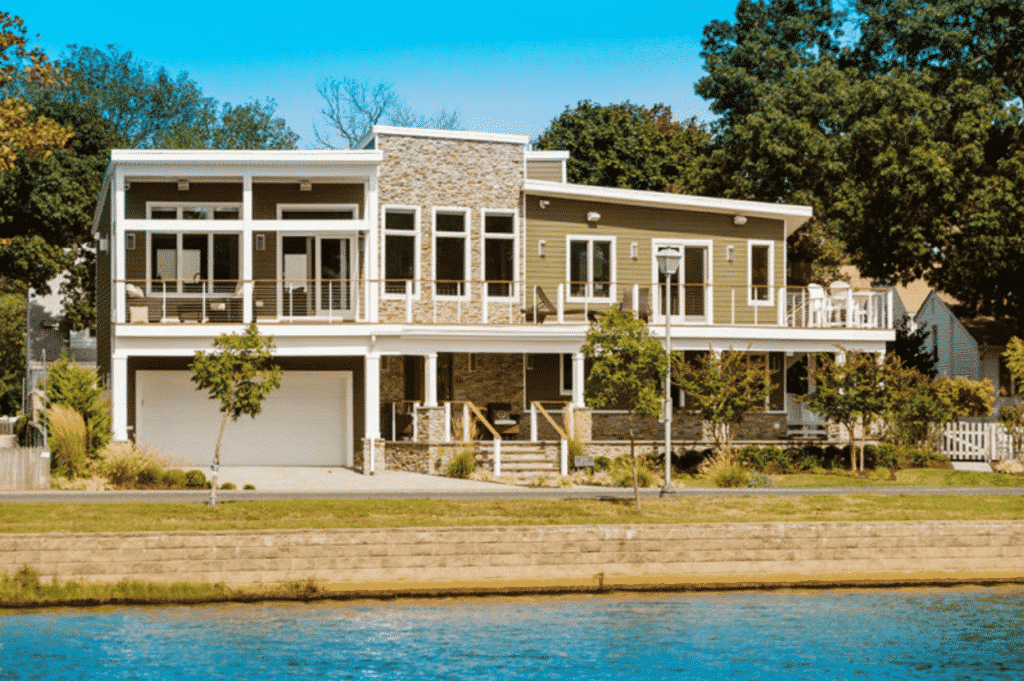 Largely associated with the funky colored apartment complexes and buildings in Miami Beach, this style is characterized by sleek design, geometric facades accompanied by curved elements, and simple, clean shapes with a streamlined look. Art deco actually originated in Europe, and its creators sought to create fresh, modern buildings that looked totally different to previous styles.

You’ve probably seen many single-family homes designed in this style. Cape Cod houses are rectangular, consisting of one or one and a half stories, with steeply-slanted roofs and double-hung windows with shutters. Cape Cod homes are prevalent throughout New England because the slanted roofs are designed to prevent snow build up.

Colonial design refers to designs brought from another country and incorporated into settled areas. In the US, colonial homes are rectangular with a minimalist exterior, two to three stories, and with wood or brick facades. You’ll often see large, wrap-around porches on colonial homes along the east coast of the US.

Cottage-style homes often have shingled roofs, bay windows, small porches, and are usually one story. Modern cottages are known for their open floor plans and wider doorways and hallways, and while this design style is often viewed as old fashioned, there are many modern, sleekly-designed cottages. 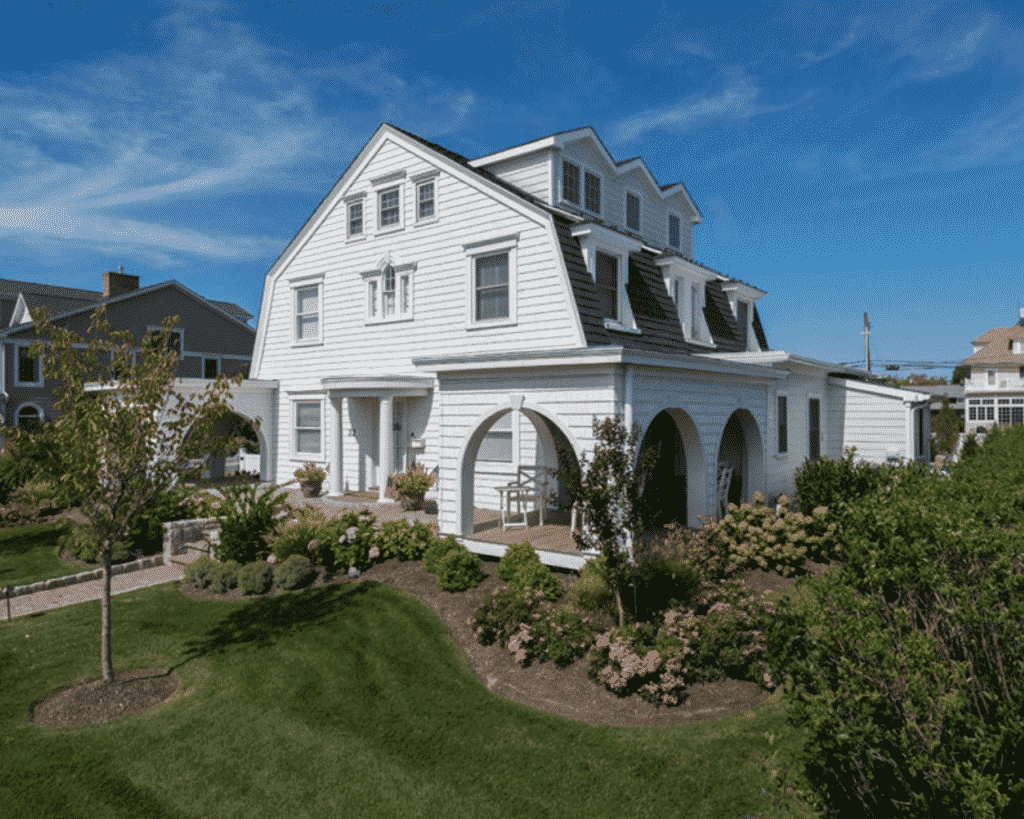 This American style is recognized by covered front porches, pillars lining the entry, low-pitched rooflines, and double hanging windows. Craftsman architecture is very popular in many American suburbs and is inspired by the British Arts and Crafts movement.

Despite the name, this style originated in New York several centuries ago, when Dutch settlers first came to the east coast. Single-family homes built in this style are instantly recognizable due to the unique roof style, sometimes called a barn roof. Dutch Colonial roofs are broad and double-pitched, with steep slopes about ⅓ of the way down. 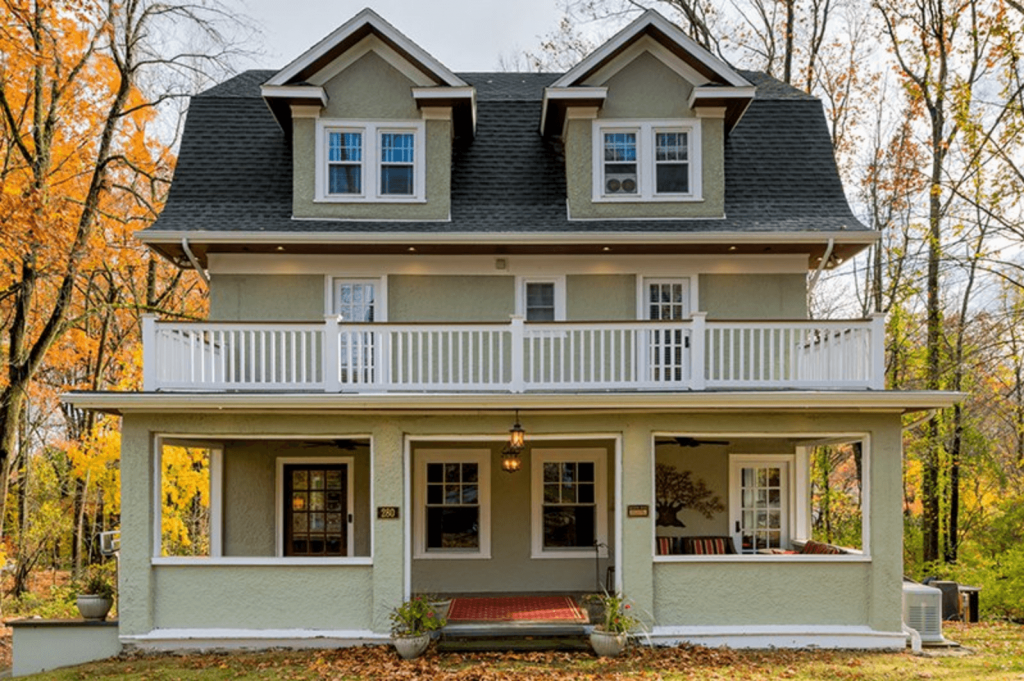 This is an American style that you’ll typically find in more rural areas. It’s characterized by practical elements like clean white walls and a simple floor plan, with rustic elements like wood beams, iron hardware, and brick fireplaces throughout.

Similar in design to Colonial-style homes, this architectural style is more ornate and incorporates design elements like brass hardware, elaborate decorative fences, and arched or rounded windows. Ornate moldings are also a key feature of this style.

Modeled after homes in the French countryside, this style mimics stately manor homes built by French aristocrats. French Provincial homes have stone or brick facades, a steeply-pitched roof, and are noted for their symmetry. They’re usually two stories and have elegant, simple interiors.