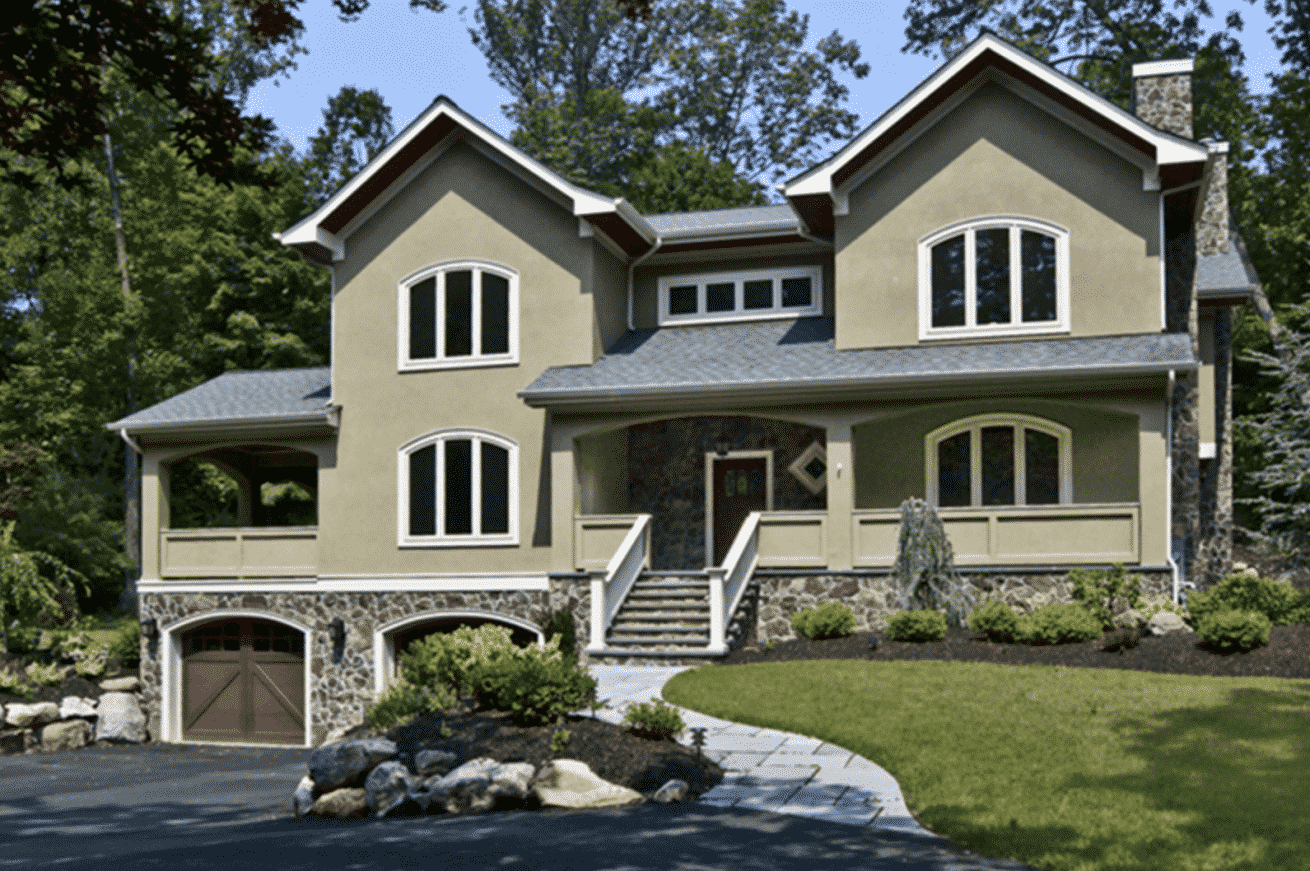 In Part 1, we covered a wide range of popular residential architectural styles. Now for Part 2, we’ll continue our exploration of various residential styles you’ll find throughout the U.S. Whether you’re designing your own home or you simply appreciate great architecture, we know you’ll be inspired by the classic characteristics and unique nuances of each style! 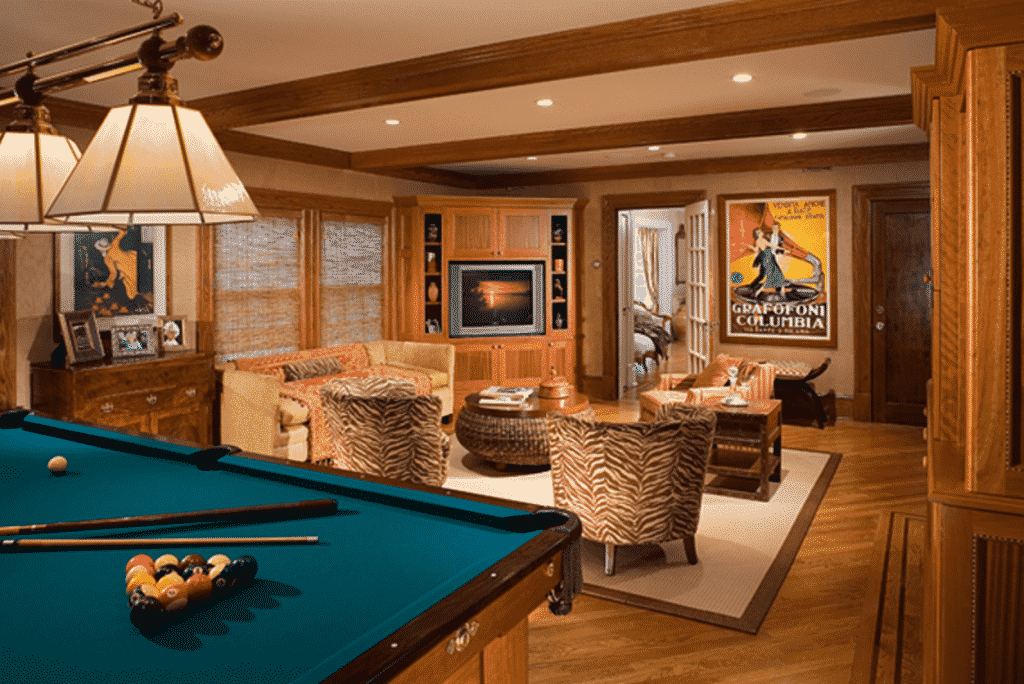 This style is characterized by rigid exterior symmetry, both with the shape of the building and window and door placement. Inspired by the classical architecture styles of ancient Rome and Greece, Georgian Colonial homes are often made of brick or stone.

Modeled to resemble Greek temples, homes in Greek Revival style are notable for their symmetry, simplicity, elegance and proportion. Chimneys are placed as far back as possible so as not to be visible, and the exteriors of homes are often painted white to mimic white marble Greek temples.

As indicated by the name, Italianate architecture is inspired by Italian Renaissance architecture as well as farmhouses from the Tuscan countryside. Facades are brick, stone, or stucco and these homes are often many stories high, usually two or three stories. You’ll also notice the homes are rectangle shaped with flat roofs.

If you imagine a typical log cabin in the country, you’re picturing the classic Log Home architecture style. These homes are usually single story and simply designed, with a sloping roof and small windows. They have a rustic feel and are built using timber. 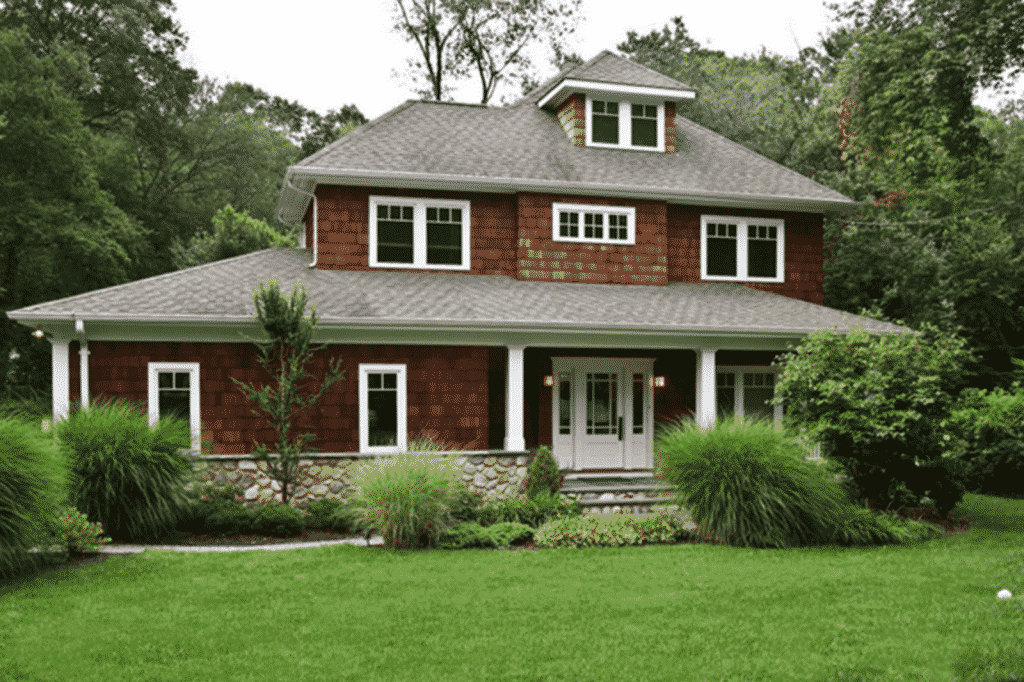 Think of elegant, ocean-side homes you’ve seen on the coast of Spain with red-tiled roofs, a white stucco exterior, intricately carved doors, and colorful tile designs. This is Mediterranian architecture and it’s usually found in southern California and Florida.

Mid Century Modern is an American design movement that became popular in the 1950s. Homes built in this style are notable for their clean, minimalist exteriors, flat roofs, and asymmetrical building shapes.

Neoclassical homes resemble grand European buildings, and indeed, this style originated in 18th century Italy and France. This style is identifiable by the dramatic use of columns, especially around the front door, dome-shaped roof, and grandeur of scale. Neoclassical buildings are also very symmetrical with large windows and doors.

Found mostly in the Southwestern US, this style is a mixture of Native American Pueblo and Spanish colonial architecture and attracts tourists from all over the world. It’s characterized by flat roofs, irregular finishes like uneven stucco, outdoor spaces like courtyards and patios, multi-level massing similar to Native American pueblos, and various wood and clay finishes. 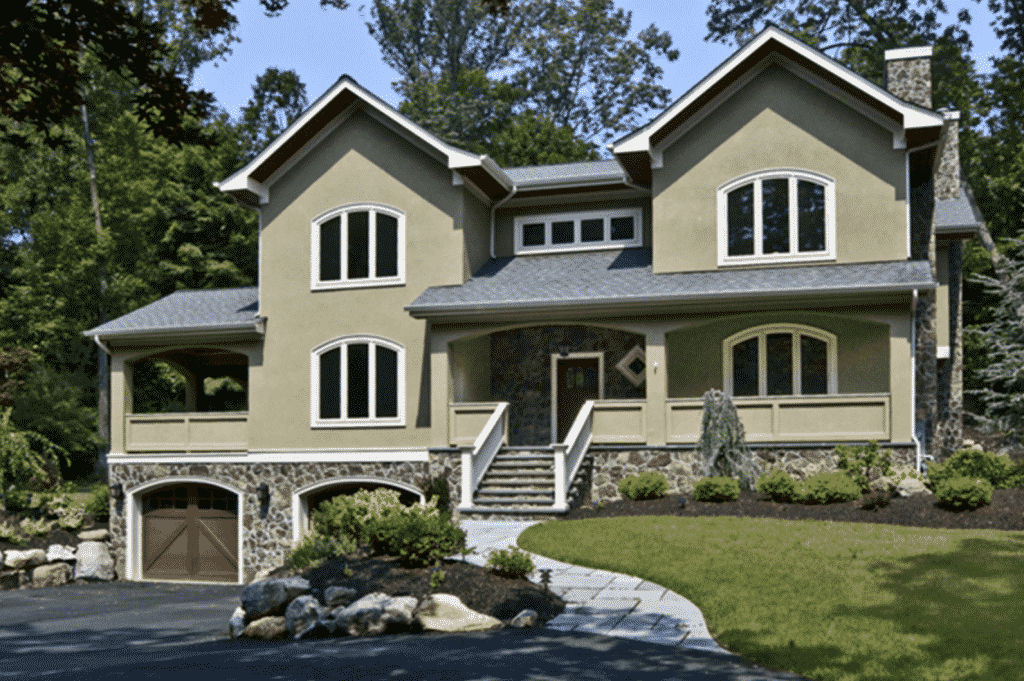 This style originated in the US, most often on farms as the name indicates. Ranch style homes are usually one story, with a long, low silhouette. They’re built using brick, stucco, wood, or stone, with large windows, back patios, and sliding glass doors.

You’ve probably seen the famous San Francisco townhouses: tall, slim, and stacked up right against each other. Townhouse architecture is commonly found in cities like San Francisco, Chicago, and New York, where there isn’t much space to spread out.

The Tudor style became popular in Medieval times in England and Wales. Tudor houses are characterized by steep pitched roofs, elaborate timber framing, large bay windows, and decorative chimneys. Tudor-style homes are still very common in England, as well as in the Northeastern US and Midwest.